We have been a Navien tankless installer for several years now.  We have made mistakes, we have installed bad products, but we have grown over the years.  Around 2009 we completely stopped selling and installing tankless systems made by Navien.  People constantly asked and requested the systems from us due to the 98% efficiency claim.  We had to either turn down the potential client or hopefully convince them to go with a different brand.  Here is what transpired. 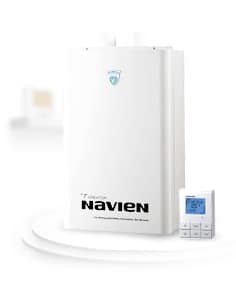 Get a Quote for a Navien

That second generation of Navien tankless water heaters had some serious flaws. From the electronics on the motherboard to a simple flow sensor, one thing or another inevitable broke down.  Even to this day we still are constantly doing Navien service calls or Navien tankless repairs.  At one point we wrote a post stressing that home owners not install a Navien tankless, which garnered the interest of Navien America.  We were hit with a defamation claim and ordered to retract our statements… We fought back.

Today, in a way, we would like to retract our past statements.  We are, once again a Navien tankless installer.  Navien has had a third generation tankless available to Toronto and GTA home owners and residents since around 2011.  We have only great things to say about this updated unit. Clearly Navien has taken this issues present in their past tankless and not only fixed them, but also improved the system.

The Navien has been upgraded to a definite buy!

We are again renting, leasing, selling and installing the navien tankless water heater throughout the GTA.  That includes areas in and around Oakville, Hamilton, Burlington, Milton, Brampton, North York and Toronto.

See how much a Navien Tankless will cost completely installed here

Or call us at: